One question that’s important in deciding an ERISA-governed insurance claim is: who decides? ERISA plans typically provide an employee or beneficiary receives a benefit under certain criteria. For instance, a health plan might provide for payment of medical bills if the treatment was “medically necessary,” a disability benefit plan might pay a portion of an employee’s wages if she can’t perform the “material and substantial” duties of her job, and so on.

Where a dispute arises over whether the plan should have paid these benefits, who decides whether these criteria are satisfied?

Since ERISA provides employees with a right to file a lawsuit in federal court to recover their benefits, you might assume the judge decides. But that’s often not the case.

A 1989 U.S. Supreme Court decision interpreted ERISA as allowing employee benefit plans to provide discretion to the plan’s decision-makers. This means that an employee benefit plan can empower itself or its agents with “discretion” to determine facts and interpret the terms of the plan. Where the plan’s decision-maker has discretion, federal courts often are not allowed to overrule them.

In other worse, these types of discretionary provisions in ERISA plans invite the decision-maker to deny claims for benefits based on little more than “because we said so.” And when the employee sues to get their benefits, the federal court is often not allowed to say that the decision-maker got their facts wrong or misread the benefit criteria. The judge can often do little more than send the case back to the same decision makers for another look.

New legislation was recently proposed to change this. The “Employee and Retiree Access to Justice Act of 2022” would amend ERISA to forbid this kind of “discretionary” language in ERISA plans. It would require insurers and other decision-makers who deny claims for benefits under ERISA plans to defend their decisions in court on the merits. They would no longer be able to point to their “discretion” and argue that the judge is forbidden from disagreeing with their decision.

We previously blogged about the questions whether the Washington State Long Term Care Act is preempted by ERISA. On April 25, 2022, the U.S. District Court for the Western District of Washington dismissed a lawsuit challenging the law on the basis of, among other things, ERISA preemption. The federal court held the law is not preempted by ERISA.

Most Washingtonians are by now familiar with the Washington State Long Term Care Act. The law deducts a percentage of employees’ wages to pay for future state long-term care benefits. The question at issue in the lawsuit was whether this arrangement violates ERISA, which generally prevents states from regulating employee benefit plans.

The court ruled that it does not. The ruling emphasizes that ERISA applies only to benefits “established or maintained” by employers. But the law “is a creation of the Washington Legislature, which, in this context, is neither an employer nor an employee organization as defined by ERISA” according to the court.

After finding ERISA did not apply, the court remanded the case to the Washington State courts to decide the plaintiffs’ other challenges to the law because, with ERISA off the table, there was no basis for the lawsuit to be in federal court.

There’s often an erroneous assumption that any insurance a person buys in connection with their employment is automatically subject to ERISA. But ERISA does not regulate all employer-adjacent insurance. ERISA only applies to employee benefit “plans.” Whether an ERISA “plan” exists can be complex, but without one, an insurance policy will not be subject to ERISA even if an employer was involved in its purchase.

A recent Ninth Circuit decision is a good reminder of this. In Steiglemann v. Symetra Life Ins. Co., the appellate court determined that an insurance policy purchased in connection with the plaintiff’s employment was not subject to ERISA because the requirements for an employee benefit “plan” were not met. The decision is unpublished, meaning it may be persuasive to lower courts but is not binding.

Jill Steiglemann bought a disability insurance policy from Symetra Life Insurance Company. She had access to the policy through her membership in a trade association for insurance agents. Her company paid for the insurance. The lower court held that the policy was part of an employee benefit plan and subject to ERISA.

The Ninth Circuit Court of Appeals reversed the lower court and held that the policy was not governed by ERISA. Even though Steiglemann’s employer arranged for the option for her to buy coverage and paid premiums, this was not enough to show the employer established an ERISA plan.

The employer never contracted to provide for coverage. It never promised to act as an administrator for the insurance. And it never took the steps necessary to maintain an ERISA plan, like recordkeeping and filing returns with the Department of Labor.

Steiglemann’s trade association also did not do the things necessary to create an ERISA plan. The association did not function for the main purpose of representing employees against their employer.

There was therefore no evidence that Steiglemann’s insurance policy was part of an employee benefit plan. And without a plan, the policy was not subject to ERISA.

This decision is a helpful reminder not to assume that ERISA applies to all employer-adjacent insurance. 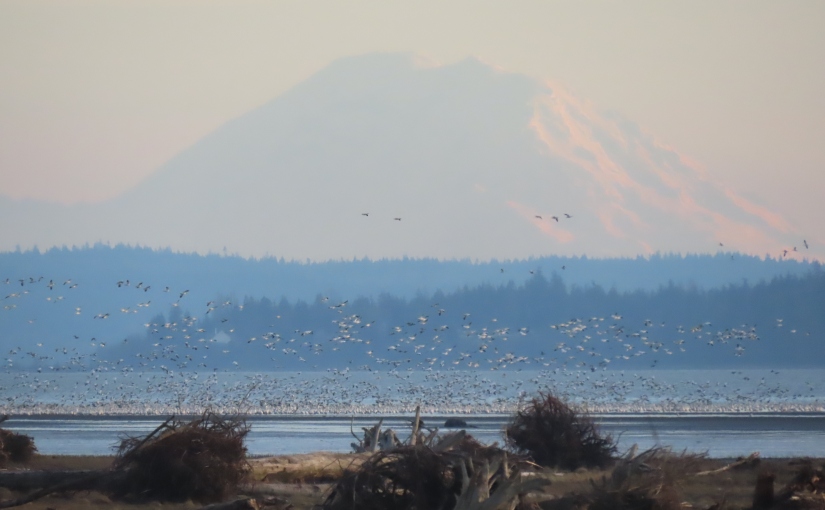 The 2022 report to Congress from the Department of Labor (DoL) on compliance by group health plans with the federal mental health parity laws identifies numerous instances of continued discrimination in coverage for treatment of mental health diagnoses.

In large part for this reason, DoL has made enforcement of the mental health parity rules a priority in recent years. One new enforcement tool is a 2021 rule passed by Congress requiring health plans to provide DoL with a comparative analysis of treatment limitations for mental health conditions to help DoL ensure these practices follow the law.

DoL also noted that enforcing these reporting rules had led to the removal of several widespread insurer practices that violated the mental health parity rules.

For example, one major insurer was found to routinely deny certain behavioral health treatment for children with Autism Spectrum Disorder. This resulted in denying early intervention that could have lifelong results for autistic children. DoL found over 18,000 insureds affected by this exclusion.

Another example involved the systemic denial of treatment used in combatting the opioid epidemic. New research has found that combining therapy with medication can be more effective for treating opioid addiction than medication alone. DoL found a large health plan excluded coverage for this therapy in violation of the mental health parity rules.

Other treatments DoL’s report identified as being denied on a widespread basis in violation of the law included counseling to treat eating disorders, drug testing to treat addiction, and burdensome pre-certification requirements for mental health benefits.

DoL’s report is a reminder that discrimination on the basis of mental health related disabilities remains a part of the insurance business despite years of federal legislation to the contrary.

The United States Supreme Court’s first ERISA ruling since 2020 was a unanimous win for employees. In Hughes, et al. v. Northwestern University, the Court held that ERISA gives employees the right to sue their employer for overcharges on investments in the company’s retirement plan. This ruling means employers who offer their employees overpriced retirement plan investment options may violate their duties to their employees under ERISA. It is also a fascinating peek at how ordinary investors can get price-gouged with the assistance of the very fiduciaries who are supposed to be protecting them.

The plaintiffs worked for Northwestern University. Like many Americans, they had the option to invest pre-tax wages into a retirement account maintained by their employer (e.g., a 401(k)). Northwestern chose which funds the employees could invest in, but the employees were free to choose whichever investments they preferred from this “menu” prepared by Northwestern.

The plaintiffs sued Northwestern alleging some of these investment options were needlessly overpriced. In investment parlance, the funds had an unnecessarily high “expense ratio” because Northwestern offered the employees “retail” shares rather than the cheaper “institutional” shares.

This particular allegation is a big deal. Large employers like Northwestern have the leverage to offer their employees funds that are extra cheap. This is because you can get a better deal from a fund if you’re buying on behalf of a thousand investors rather than just yourself. Many mutual funds or ETFs are available to retail investors in the regular “retail” class with the typical expense ratio, but also available in the special “institutional” class with a much cheaper fee.

For a huge employer like Northwestern to say “hey Mr. Mutual Fund, we know we could get our employees the cheap funds because we’re a big bad university with lots of leverage, but go ahead and charge our employees extra” would be egregious. It’s like buying a thousand cars at the sticker price rather than negotiating a volume discount.

The lower courts had dismissed the case. Northwestern’s “menu” of investments included reasonably priced funds in addition to the overpriced funds. On the basis that the employees were free to choose not to be price-gouged on their investments (assuming they could figure out they were being overcharged), the lower courts reasoned that this amounted to “no harm, no foul”.

The Supreme Court disagreed. It criticized the lower courts for failing to consider Northwestern’s duty under ERISA to “monitor all plan investments and remove any imprudent ones.” ERISA requires that employers managing retirement plans act with “care, skill, prudence, and diligence” when handling their employees’ benefits. This basically means employers should treat their workers’ money with the same degree of care the employer would treat their own money.

Obviously, no prudent person would pay the retail price over the volume discount–unless they were paying with somebody else’s money.

The Hughes case is a good reminder that ERISA doesn’t let employers off the hook for price-gouging their workers’ retirement savings merely because the workers might have figured out that they were being price-gouged and chosen the cheaper investments.