The Washington Court of Appeals recently answered an important question for policyholders: what if your agent sells you coverage but the insurance policy fine print fails to reflect the coverage you thought you purchased?

That ruling is important because it is another recent case confirming insureds can still obtain recourse if they purchase coverage but the insurer writes a policy failing to accurately reflect the purchased coverage.

That was the issue in a January 28, 2019 announcement by the New York Department of Financial Services that it had entered into a consent order with MetLife Insurance Company, under which MetLife agreed to pay over $200 million in fines and restitution.  The New York regulator found MetLife had failed to adequately locate insureds and beneficiaries who would have been entitled to benefits under MetLife life insurance policies or pensions.  The regulator found violations going back to 1992.

In addition to paying a fine to the New York state regulator, MetLife agreed to retroactively pay benefits to policyholders it failed to properly locate.  Further, the consent order requires MetLife to utilize the Social Security Death Master File to identify life insurance an annuity contract holders who have died but whose beneficiaries may be unaware they are entitled to benefits.

Many ERISA plans and insurance policies contain provisions excluding coverage for losses caused by the insured’s intoxication.  In cases where the plan or insurer asserts such an exclusion, the question becomes what evidence must the insurer put forward in order to prove the insured was intoxicated and the exclusion applies?

The U.S. Court of Appeals for the Fifth Circuit recently answered that question in White v. Life Insurance Company of North America.  Life Insurance Company of North America (“LINA”) issued an ERISA-governed life insurance policy insuring Mr. White with Mrs. White as the beneficiary.  Mr. White was killed in a horrible car crash in which his vehicle crossed the center line and struck an oncoming 18-wheeler head-on.

LINA denied coverage asserting the policy’s intoxication exclusion precluded coverage because Mr. White was drunk at the time of the crash.  Weather and road conditions were clear at the time of the crash, Mr. White’s vehicle appeared to function properly, and paramedics reported smelling alcohol on Mr. White’s breath.  Hospital staff took blood and  urine samples from Mr. White that tested negative for alcohol but contained undefined amounts of amphetamines, cocaine, opiates, benzodiazepine, and cannabinoids.  The tests were preliminary and only indicated the presence, not the amount, of controlled substances.

The Court agreed with Mrs. White.  The LINA life insurance policies excluded coverage for death “caused” by Mr. White’s intoxication.  The policy (borrowing from Arkansas law) defined intoxication to mean “influenced or affected by the ingestion of alcohol [or] a controlled substance…to such a degree that the driver’s reactions, motor skills, and judgment are substantially altered and the driver, therefore, constitutes a clear and substantial danger or physical injury to himself or herself or another person.”

The Court found LINA’s evidence failed to meet the policy definition of intoxication.  LINA relied on the opinion of a toxicologist who opined it was impossible to estimate the level of Mr. White’s impairment at the time of the crash based on the preliminary test results.  The toxicologist opined only that “in the absence of any other cause of the collision, the drugs in [Mr. White’s] system could explain his level of impairment that resulted in his crash.”

Accordingly, the Court entered judgment in favor of Mrs. White.  The White case is an important reminder that ERISA plans and insurers cannot deny claims by asserting exclusions that lack tangible factual support.

An important dispute when a person dies is often who gets the life insurance policy death benefit.  The life insurance policy may have been purchased decades ago and name the insured’s former spouse, from whom the insured was divorced long ago.  The insured’s children or other alternate beneficiaries often argue the insured really intended the death benefit go to them, not to the spouse they divorced decades before their death.

To avoid this uncertainty, Washington State, like many states, has a law providing that life insurance beneficiary designations to spouses are automatically void upon divorce.  Thus, if a married person buys a life insurance policy providing the insurer pays her husband upon her death, and subsequently divorces her husband, the husband is automatically removed as the beneficiary upon the divorce.  This avoids a potential probate court fight when the insured dies.

Under Minnesota law, the divorce automatically revoked Sveen’s designation of Melin as his primary beneficiary, resulting in Sveen’s children receiving the life insurance policy death benefit.    Melin argued the law violated the U.S. Constitution’s “contracts clause” because the law was enacted after the policy was purchased.

The court upheld the law.  Reviewing the long history of state laws presuming “that the average Joe does not want his ex inheriting what he leaves behind,” the court observed these laws have utility in simplifying probate litigation by giving certainty about decades-old life insurance policy benefits.  The court noted Minnesota’s law allowed Sveen to re-designate Melin as his beneficiary after the divorce if he desired, so it imposed only a minimal burden on existing contracts.

The court’s decision to uphold Minnesota’s law provides additional certainty to Washington insureds and their heirs and beneficiaries regarding the treatment of life insurance death benefit proceeds.

The Ninth Circuit’s recent ruling in Elhouty v. Lincoln Benefit Life, Case No. 15-16740 (March 27, 2018) is notable for two reasons.  It illustrates the pitfalls of certain life insurance policies that supposedly pay for themselves, and it clarifies the jurisdictional standard governing when insurance disputes can be litigated in federal as opposed to state courts.

Elhouty purchased a flexible premium adjustable life insurance policy from Lincoln Benefit Life Company with a $2 million face value.  Adjustable life policies are often marketed as giving the policyholder all the advantages of death benefit protection, an interest-bearing account for investment purposes, and flexibility as to how premiums are paid.  The policies often come with a sales pitch that the policy’s investment component will effectively pay off the future premiums, without mentioning that the investment returns are often inadequate to cover future premium increases.

Elhouty’s case illustrates this pitfall: for years, Elhouty arranged for his premiums to be 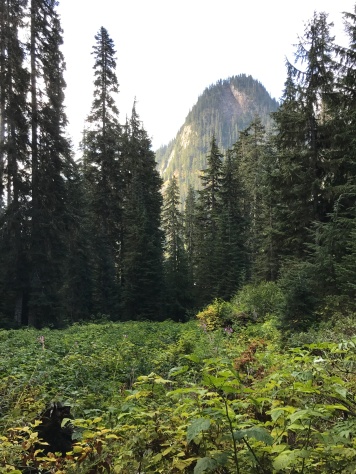 On the jurisdictional issue, the Ninth Circuit agreed with Lincoln Benefit.  The court determined the unpaid premiums were not in dispute because Lincoln Benefit did not seek to recover them from Elhouty.  Elhouty had had the option to pay $55,880.08 to keep the policy in force, but the real dispute in the lawsuit was the policy’s validity.  The court clarified that, in cases where the “controversy relates to the validity of the policy and not merely to liability for benefits accrued,” the policy’s face value is the amount in controversy for jurisdictional purposes.  Thus, the court ruled the amount in controversy was $2 million and federal courts had jurisdiction.

The court also agreed with Lincoln Benefit on the merits of the dispute.  Elhouty argued Lincoln Benefit’s policy termination notice for unpaid premiums was defective because Elhouty never received notice.  But the court ruled that the language of the policy and applicable state law required only that the notice be mailed, not that the policyholder actually receive it.

For insurance lawyers, Elhouty is useful for its clarification of the jurisdictional standard. For policyholders, Elhouty is a reminder of the importance of keeping your premium payments up to date and not taking the insurer’s promotional materials at face value.